Can a car run on alcohol? This question refers to a flex fuel car. Yes, many cars are even running on the road now and can also run when you mix straight gasoline or E85 (85% Ethanol 15% gasoline). 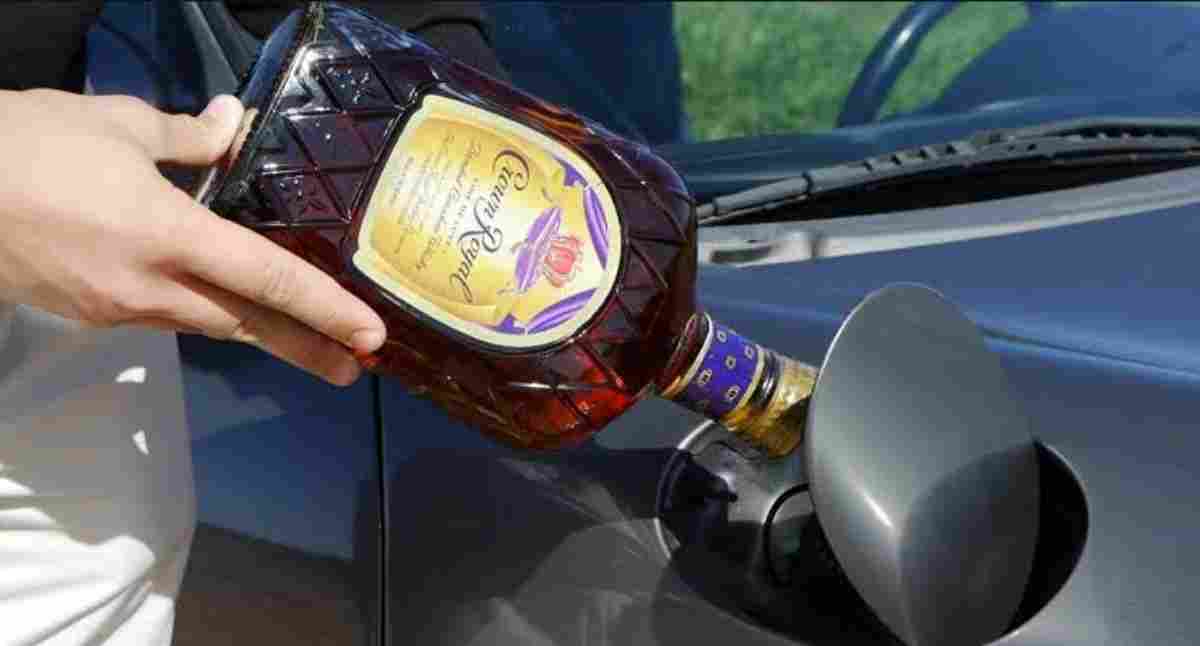 Ethanol generates a lower British thermal unit (Btu) than gasoline per pound. This means that more alcohol is required to run a car. A gasoline car can also be modified to run on 100% alcohol. Follow our guide to modifying a gasoline vehicle to run on alcohol. You would also have to modify the carburetor from the larger jets.

Can a Car Run on Alcohol?

You would think that alcohol fuel reduces harmful waste emissions. Unfortunately, when you burn E85, it generates pollutants. About 6-20 percent ethanol level in fuel generates the most permeation emissions, and gasoline, which has a higher level of ethanol, serves better than alcohol in this purpose.

Land use is not often considered, which is because ethanol production relies on fossil fuels as well as fertilizer – corn ethanol. However, farming land may not be used for growing cellulosic materials. Cellulosic ethanol is quite green and requires less fertilizer, less land, and the same fuel amount to make. Moreover, the by-products of cellulosic ethanol can be used for creating combustible fuel.

Ethanol fuel can also be regarded as a product waste approach in the sense that it is produced with a cord. Cellulosic ethanol on the other hand is created from inedible substances and can be grown globally. There is also methanol which is easier to produce.

What Should You Know About Ethanol for Driving?

Ethanol, also called ethyl alcohol, can be found in drinks. It is made by fermenting sugar solution. You can grow corn and obtain sugar from the starch produced. However, you can make cellulosic ethanol from agricultural, grass, and wood.

You can also use pure ethanol (100%) or E100. When your car engine goes cold, alcohol fuel is not the best option to fire the engine because alcohol burns slowly compared to gasoline. During winter, pure ethanol is practically useless under winter. If you use a T valve to separate the gasoline tank from the alcohol tank.

Some racing cars are designed to use E100. However, not many passenger cars use it because it can kill your vehicle engine. It is quite challenging to find. It is a drinkable alcohol beverage and quite strong. However, in the US, for instance, all alcohol fuel must be rendered undrinkable and diluted to 95.5%. If mixed with petrol, no taxes may apply but you pay taxes if it is not mixed with petrol because it is subject to liquor tax/alcohol duty.

Ethanol could be mixed with petrol, typically 85% ethanol and 15% petrol or E85. This will make a common biofuel. In Brazil, E95 is the highest ethanol fuel percentage sold and E85 in the US. The vehicle also starts when the engine is cold with no problems. In the US, you would notice cars with yellow petrol caps. These are mostly ‘Flex Fuel’ cars.

No, alcohol fuel does not improve MPG. A gallon of ethanol contains produces less energy when burned than a gallon of gasoline. In this case, gasoline has a better fuel economy than ethanol. A vehicle that uses E10 will have a reduced MPG by about 3-4%. A flexible fuel vehicle using E85 may experience up to a 30% drop. Experts claim that E10 could result in a poor fuel economy, thereby increasing fuel expenses.

Is alcohol fuel cheaper than gasoline?

Alcohol fuel is not cheaper to produce than gasoline. However, alcohol fuel is derived from a renewable source, which could make it less expensive than other traditional fuel sources. Moreover, the cost of importation can add up the fuel price depending on the manufacturer’s location.

Is alcohol environmentally friendly for cars?

The answer is two-way. Alcohol (ethanol) can be environmentally friendly for the car depending on how is produced and used. If you use E85, you will get lower emissions than your conventional fuel. Ethanol has a 35% oxygen level, which means that fuel combustion is more ‘complete’ and reduces tailpipe emissions. Alcohol fuel also contributes to the environment by displacing benzene linked to cancer.

Take note that both ethanol and methanol are corrosive. This is to say that after some time, typically a year or two, your combustion compartment will have holes. Your fuel lines will degrade faster since they are made of plastic. As mentioned earlier, some ethanol is suitable for cars. You can follow their methods to modify your car to run on alcohol or buy theirs.