Can the police commandeer your car? Forget the movies; real-life situations occur that demand emergency actions like giving one’s vehicle to the police, especially during a hot pursuit. Nonetheless, it will depend on state laws and the situation before the police will commandeer your vehicle. 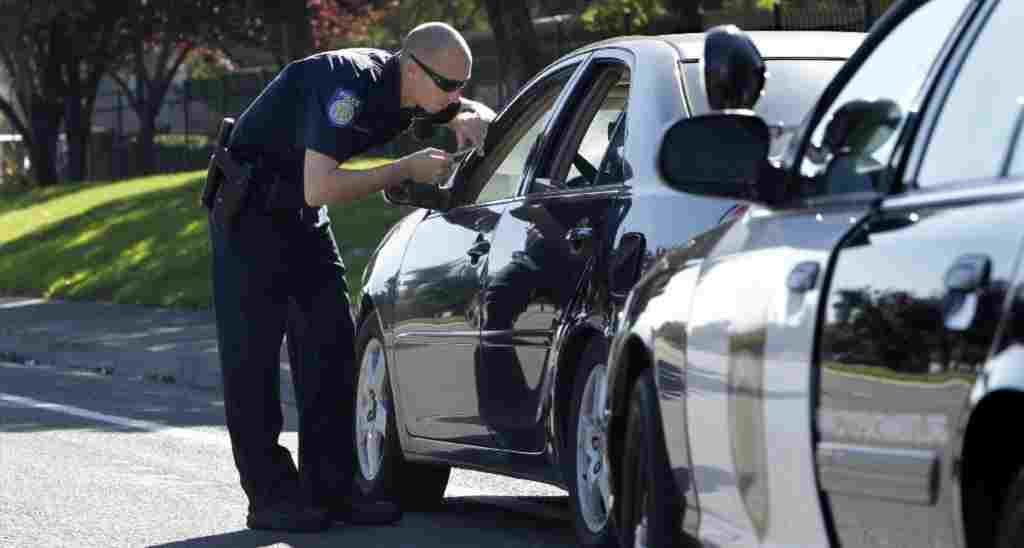 Of course, allowing the police to use your car can be considered patriotic. But you can’t disregard the fact that you may be releasing your vehicle to an impostor or a thief. Meanwhile, it wouldn’t take long for a thief to legalize your car after stealing.

State laws make provisions for police commandeering your vehicle, but it is unclear, in most states, whether you’re compelled to exit the car. Depending on the situation, moreover, you may drive the cop.

Can the Police Commandeer Your Car?

The answer is “yes”, the police can commandeer your car. However, the situation factors whether it is justifiable for your car to be seized by the police for public safety. Commandeering a car means being ordered to exit your car for the law enforcement official to use for an emergency. In some states, it is a misdemeanor to refuse to assist the police in ensuring public safety.

Like I mentioned earlier, the police will most likely commandeer a car under dire circumstances.

Suppose it involves a life-death situation, for example, a natural disaster or fleeing deadened criminal; the police will take your car. Of course, they can think about the consequences of the situation.

Unlike movie scenes, the police may commandeer your car if the police department permits it, but they mostly do not.

Further reasons the police may commandeer your car include:

If the criminal is either a serial killer, bomber, or badass terrorist (most criminals aren’t), the police may commandeer your vehicle.

Another reason is if it is the last chance to stop the criminal, which isn’t.

If you stop for the police in pursuit, it increases the chance that they will request your car, but you may be too timid to stop the car.

Also, the nature of your car determines whether it is suitable for the pursuit.

If an officer has a back-up, it mitigates the chances that your car is the last resort for trailing a criminal or life-saving. The police may only have you drive a few miles to the nearest backup. Besides, the police may not be offensive enough to take on a criminal alone.

Your vehicle is not a squad vehicle. So, if the police commandeer your car for pursuit, it is difficult to mark it during the pursuit. Instead of chasing the suspect, the police might chase the officer in your car since it is a speeding non-squad car.

Meanwhile, who will drive the car? Depending on the criticality of the circumstance, the police may have you drive your car. But is involving a civilian in what could be a deadly chase not dangerous?

If you are not driving the vehicle, can the officer drive it? Suppose an officer finds a third pedal, as opposed to the dual pedals he frequents; it’s already a red flag that the vehicle is unsuitable.

Is it legal for the police to commandeer your car?

It is legal for police to commandeer your car, but it depends on the state. The officer will ask you to exit your car, and if you hesitate, they may apply force. Unlike in the movies, the police may not threaten with their gun to get your car from you.

In a lawful state, you may not say “no” because it is a lawful order for the police to commandeer your vehicle. Besides, it is for the public interest.

Nevertheless, the chances that the police will commandeer your car are slim. A cop will reconsider ordering you to allow them to use your car since it might trigger liability, power abuse, brutality, or unnecessary lawsuits.

But if the police can’t help but commandeer your car, it would be under extenuating or justifiable circumstances, including last resort, active shooter, and life endangerment.

If the police commandeer my car and damage it, who pays for the damage?

Sincerely, it is quite state-sensitive to determine who pays for your car damage if police damage it after commandeering. In most states, it depends on the municipality or state agency. Regarding a municipality agency, you may have to sue them. However, they may be judgment immune in excess of their insurance coverage. Regarding a state agency, an administrative hearing is your best bet with the state claims commission.

In essence, you may get the police to pay for car damage, but there may be a deficiency if they do not. Of course, your insurance covers the balance.

Is it OK for the police to commandeer your car on a pursuit?

Well, if the circumstance and actions are reasonable and justifiable, it is OK for the police to commandeer your car on a pursuit. Nonetheless, regulations or statutes do not explicitly grant an officer the right to seize a civilian’s car. But if you find that the situation is worthy, it might be acceptable to let the police have your car to chase a suspect.

Compared to what you find in the movie world, a police officer will seldom have to commandeer your car in reality. Things just happen that demand urgent response, and it takes being reasonable to decide whether or not to let a cop have your car.

Assuming a detective has to hijack a car to chase a terrorist after their car is compromised, they would less likely be punished by the review panel. The same pardon act will apply if the police officer attempts to stop a terrorist possessing a biological weapon that can vaporize the city in flames with a giant laser that wreaks havoc.

In essence, some mitigating circumstances would be okay for an officer to commandeer your vehicle. Hijacking someone’s car is not so rational, and an officer would do not consider it ideal.

Should you allow the police have your car?

Yes, you should allow the police to have your car under a reasonable circumstance. As I mentioned earlier, a police officer commandeering a car is typically a movie thing. Of course, an officer might be forced to take your vehicle during a major emergency. However, it is not likely. After the incident, the officer will be assessed to ensure that commandeering your car was justifiable and appropriate.

It is understandable that you would not just let the police have your car because you’re unsure whether they are an impostor. If it were rampant that police officers halt and hijack cars regularly, criminals would seize the opportunity to steal and do whatever with stolen cars.

Moreover, if a uniformed man attempted to access your car or order you out, he’d meet a locked door. Of course, you will keep driving with a racing heart, afraid of the scene.

Despite presenting their batch, you can’t possibly trust that the person is a police officer. Depending on the tensity, you might call 911 to report a carjacking. But if you’re aware of the situation, consider yourself serving the state.

What if you’re scared?

If a police officer has a badge and a gun requesting your car, exit the car, especially if they wield a weapon.

Call 911 or the police immediately and report your car stolen. Explain that a carjacker with a batch and wielded a gun commandeered your car, claiming to be a police officer. Make sure to provide as much information about the person as to aid an investigation.

Besides, many cop vehicles and most pursuits do not last long enough to justify jacking a civilian’s car.

Finally, deputization limits how the police officer or any law enforcement officer takes your car. Instead, an officer might direct you to chase a fleeing suspect or drive him somewhere.

Nonetheless, taking or commandeering a car is something that happened, happens, and will continue to happen.