Can you drive with a bad coolant temp sensor? It’s been a long while since you got your coolant sensor fixed. Now, somewhere in your journey, your car begins to give off certain symptoms. You found out your coolant has gone bad. What do you do?

Having a bad coolant is bad enough, but driving with it can worsen the situation. It could lead to more damage which could cost you a lot to repair. You could continue on that journey after finding out you have a bad coolant, but no, you shouldn’t drive with a bad coolant.

In this article, we shall be looking at why it’s not advised to drive with a bad coolant. But first, let’s learn about what a coolant temperature is. 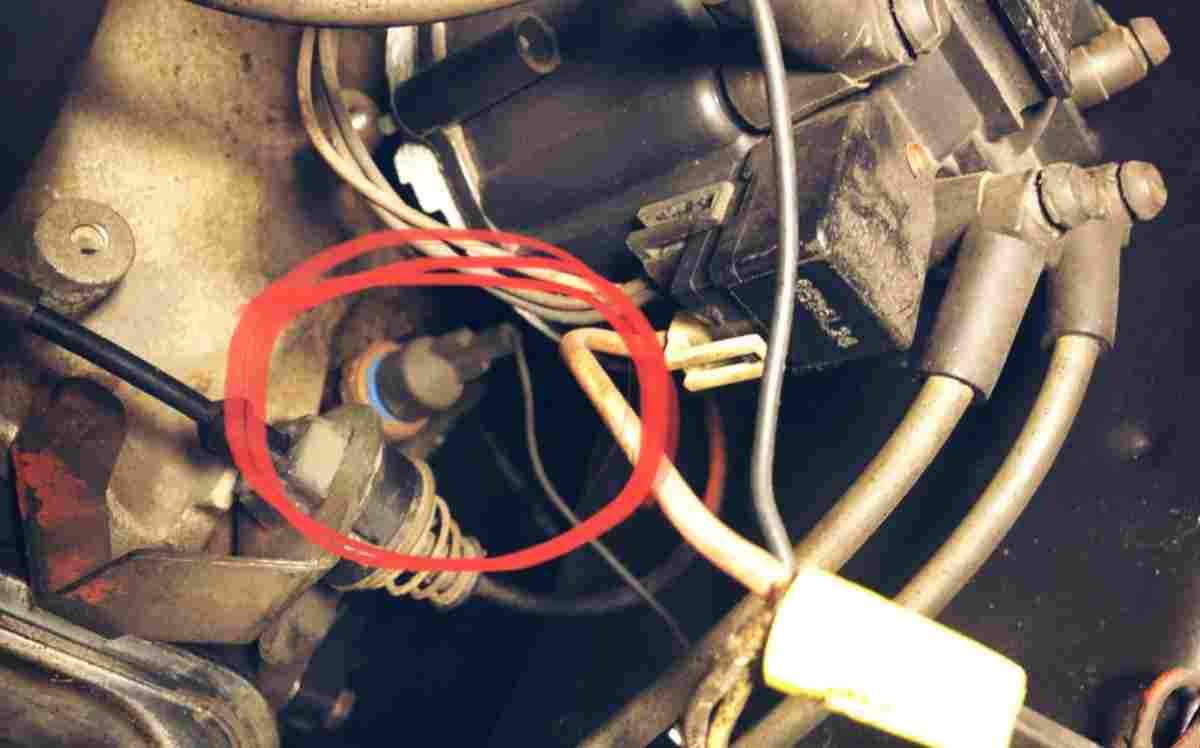 What is a coolant temperature sensor?

For an accurate reading on the engine’s temperature, the ECU sends a regulated voltage to the CTS. The sensor’s resistance varies by the hotness or coldness of the engine.

The ECU acts based on the information received from CTS, and then adjusts accordingly. These adjustments include fuel injection, air-fuel mix, ignition timing, and determines when the electric fan turns on and off. The information from the CTS helps to send an accurate engine temperature reading to the dashboard gauge.

Can you drive with a bad coolant temp sensor?

Usually the coolant temp sensor gauges fuel trims for cold start enrichment, and fan control. Since the thermostat and water pump are mechanical, the engine still cools, so you can drive until you replace the sensor.

As mentioned earlier, you shouldn’t drive with a bad coolant temp sensor lest you risk causing more damage to your car and you end up spending more money to get it fixed.

Driving with a damaged coolant temp results in overheating of your car. Not only that, but it also twists your cylinder heads and can cause an engine block and a cylinder head gasket failure. Therefore, driving with a bad coolant is not advised. You’d be putting your car at greater risk and spending more money to get the consequences fixed.

Rather than gamble with your engine and your car’s overall well-being, we advise that you stop to check your coolant temperature sensor and get it fixed immediately.

Below are common signs of a bad coolant temp sensor.

If your engine keeps working at such a high temperature, it can lead to an engine knock. And in some cases, engine misfires can be experienced.

Just as with the case above, when a faulty coolant temperature sensor sends a signal to the car’s computer, the computer’s fuel calculations get messed up. If the computer gets a faulty signal from the coolant that the engine is running too cold, it’ll increase its fuel usage to keep the engine warmer.

Of course, it is acting based on the signal received from the faulty coolant, not knowing it is a bad signal. The deployment of more fuel causes your fuel to get exhausted quicker, and also decreased engine performance.

If your exhaust pipe keeps enjoying black smoke, it is a result of a faulty coolant temperature sensor. A bad coolant sends a wrong message to the car’s computer, which reads it to be correct and acts according to the signal received.

If you find out that your exhaust pipe is emitting thick black smoke, it is better to call your engineer to get it fixed rather than drive it. That way, you’d be causing less damage to your car.

A flashing check engine light is also another symptom of a faulty coolant temperature sensor. If your car’s computer finds out that your sensors circuit or signal it’ll put on your engine light which will continue to flash until you get it fixed.

However, other things could be responsible for a flashing check engine light. We advise that you check immediately to know what sets your engine light off. If you are not sure what triggered it, you can use an OBD2 scanner. This spanner is handy, especially for situations like this.

How much to replace a coolant temperature sensor?

The cost of a bad coolant temp sensor replacement varies from one car model to another. In addition, while coolant temperature sensors can be easy to replace in some vehicles, they may be difficult to access and replace in other vehicles. Let’s check the cost of replacement below.

Remember that the cost of replacing your CTS is largely based on the vehicle in question and the engineer’s labor charges.

How often does a coolant temperature sensor go bad?

Often, your coolant temperature sensor should be replaced every 100,000 miles. Chances are if exceed this mileage, your coolant sensor can develop a fault. In addition, if you don’t properly maintain the engine’s cooling system, your CTS could fail much earlier.

But the truth remains your coolant temperature sensor doesn’t go bad frequently providing no electrical or other issues occur. They may even last the entire lifetime of your car. But wear and tear can result in damage earlier than purposed or expected. This might require you to get it fixed immediately. Generally, your coolant temperature sensor should be replaced as soon as you find out.

Your coolant temperature sensor is responsible for keeping your engine temperature at an optimal level. This means when your engine is running too hot the coolant sends a signal to the car’s computer which acts accordingly to regulate the engine’s temperature.

This means your coolant is a very important component of your car and needs as much attention as other components of your car. Do not attempt to change your CTS yourself if you are not experienced or have the appropriate tools handy. Rather, contact your mechanic to get it fixed to avoid causing other damages.