You can jump start a car with a bad alternator. Find someone with a good donor battery, connect the jumper cables and allow the car to run for some time. Turn off all vehicle electronic accessories and drive to the nearest auto repair shop.

The battery of a car is rarely completely dead but too dead to crank the engine. Its juice remnants could still be enough to power to run the engine during a jumpstart. 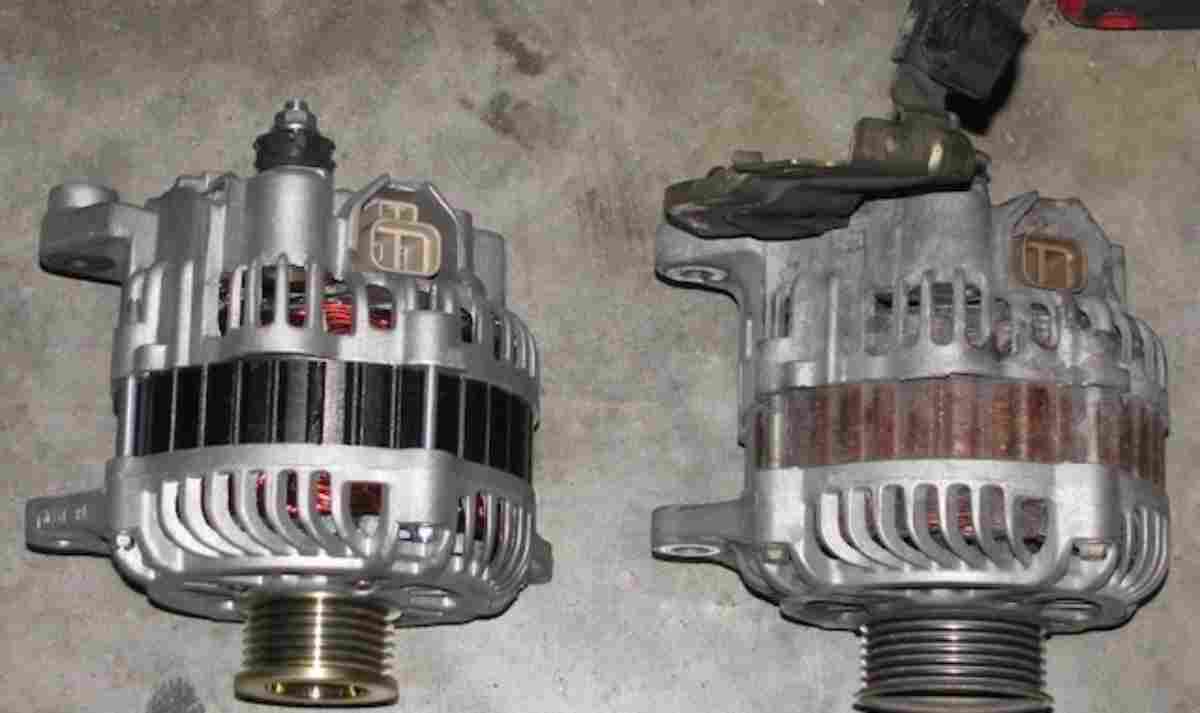 Can you jump start a car with a bad alternator?

Generally, you can jump start a car with a bad alternator. The car will run for a while irrespective of the dead state of the alternator. Again, jump starting a car gets the battery charged, and car batteries are rarely too dead to power to run the engine. Though not enough to crank the engine.

Perhaps, there is a set of jumper cables capable of connections that carry 150+ amperes a starter typically draws. You will typically have the jumper cables hooked up for a few minutes with the car of the donor running to charge the recipient’s dead battery. This has to be enough that the amperage combination through the jumper cables, including the amperage from the car, gets the battery charged to start the car. Meanwhile, find out why your jumper cables melt.

The engine of the car does not stop immediately the jumper cables are disconnected. This means you can drive the car long enough until the battery voltage is so low. It has to be low enough that the power required by the ignition system and other electrical systems to run is no longer there for optimal operation.

This will happen faster if you have high electrical loads in the car, including the blower motor on high.

How to jump start a car with a bad alternator

You now know that it is possible to jumpstart a car even with a dead alternator. The next question is “how?”, and below is how:

You need a fully charged, or at least a good working battery to jumpstart the dead battery in a car. A battery jolt is all you need from a donor before any other thing.

You also want to be sure that the donor battery is fully charged because your dead battery will suck its energy. Of course, the donor car would be off when attaching the jumper cables.

The attachment process above provides a proper ground for you to jump start the car.

Run the engine of the car with a good battery for up to 3-4 or 5 minutes before jumpstarting. Before running the car, be sure you connected the jumper cable while the car is turned off. You could fully prime the other car to maximize the process of jumpstarting.

Turn off the electronic accessories of the car, including heater, radio, GPS, air conditioner, phone USB charger, and others to conserve the available battery power.

Read also: why your car battery refuses to charge

The car with the now-charged battery has effectively engaged the fuel injectors and the computer system. So, jumpstarting the car will not work in cold but sunny weather.

Keeping the headlights and windshield active will only drain so much battery power that reduces the chances of getting the engine running.

Mechanics are the go-to solution for your bad alternator. If you successfully jumpstart the car with its faulty alternator, your next route should be pointing to the nearest mechanic for repairs.

You may only have just too little distance to cover since your car alternator is dead, and so the battery is not charging while you drive. Try to avoid major interstates or highway driving, and drive slowly to increase efficiency.

Does jumpstarting a car with bad alternator damage the battery?

Jumpstarting a car with a faulty alternator will not damage the battery if you do it correctly. Nonetheless, it also depends somehow on how badly the alternator failed.

If by any chance, the alternator developed a dead short circuit across the power and ground terminals, it can pull lots of current, which can cause damage. This is not very likely.

That said, your major concern should be how long the car will run on a bad alternator after you jump-start it. It could stop running almost immediately after you remove the jumper cables.

How many miles can you drive with on bad alternator?

How long you can drive on a bad alternator depends on your car – the electronic accessories (lights, radio, etc.) you turn on and even the number of times the car has been started.

We did a test (driving on a charged battery with a dead alternator) on a VW Beetle with point-type ignition during the daytime started 1-2 times a day. With the lights and other accessories turned off, it ran long enough to find a mechanic, and fairly well down to about eight volts.

However, a modern car with fuel injection dies at about 10.5 volts. You would also consider fortunate to get 150 miles on a fully charged battery on a bad alternator.

So, we say that the battery capacity and nature of the alternator failure are major factors in how many miles you can cover on a dead alternator. The electrical load while driving and the minimum voltage that keeps the engine running also matter.

On a 1970 Camero with no alternator belt and headlights on, we covered 92 miles – from TN to Memphis. However, after parking it in the garage, it would not start again. The grill airflow spun the fan enough to turn the water pump and prevent overheating the engine.

Your best bet is to find a battery charger when your alternator is bad. Park next to a wall outlet and top off your battery full enough each day. This will not cover longer miles, so do not make it a habit jumpstarting your alternator-dead car every day.