When flushing coolant or antifreeze, you might want to drain it from the engine block also. Thus, this article shows the steps regarding how to drain coolant from engine block.

You can drain engine coolants by opening the radiator petcock. However, if you find no petcock, you would have to remove the lower hose from the engine block to drain coolant/antifreeze. Most of the time, a small amount of oil is left in the block, which you can flush using water before replacing the coolant.

You might also see coolant remnant in the dash heater core. But you do not necessarily have to remove all drops of coolant to change the coolant. The coolant you can remove from the car is enough, and it’s okay to add new coolant even with remnants in the reservoir.

Meanwhile, below are the steps to drain coolant from the engine block:

First, turn off the vehicle engine and allow it to stay in an off state until the radiator cap cools off. Do not attempt to open the cap while the engine is heated. Note that pressure builds up from the radiator and even reaching the hose from the engine block is dangerous.

Next, pull the hose from underneath the radiator for the coolant to pour out. You may use a bucket to collect the worn-out coolant/antifreeze. You may now remove the radiator cap and flush it with water using the regular hose.

Some experts recommend idling the car engine for a few minutes after draining the coolant from the engine block. Meanwhile, how long can a car remain idle?

Turn off the idling engine and add coolant. Make sure to replace the hose from the engine block to avoid draining the new coolant. If there is still coolant, you can allow it a longer period to drain out before replacing the hose.

It is advisable to check the coolant system for leaks when draining worn-out coolant or antifreeze from the engine block. Make sure to inspect the clamps/hoses. You may have to replace the thermostat, which wears off over time.

Sometimes, an overflowing hose removes excessive coolant from the engine block. You might find a coolant puddle underneath your vehicle if the hose overflows. Also, overfilling coolant or antifreeze can damage electrical components, especially if the overflow touches the engine wiring.

Read also: car runs okay but starting is a problem

How much coolant is in the engine block?

Typically, there are between 1½ and 2 gallons of coolant in the engine block. The reason is that you would normally find this amount when draining coolant into a basin or fluid bucket. Meanwhile, how much coolant does your car need when empty?

Does car engine coolant need to be drained?

Yes, a car engine coolant needs to be drained after a while. Most of the time, coolant older than 5 years in a car may be okay. Depending on the automaker, the coolant might lose its protective properties after 5 years.

If your car coolant has not been changed in 10+ years, or you are not sure about any recent changes, you can flush and replace coolant or antifreeze.

Note that old coolant can result in rusty metals and circulate dirt across the engine, which causes degrades the vehicle. It can also cause corrosion.

Another reason for coolant replacement is overheating. Yes, coolant can cause overheating in a car when it becomes dirty, having too much build-up, which prevents it from moving through the pump.

Note that you do not necessarily have to change your car coolant after 5-10 years. Your owner’s manual specifies the manufacturer’s recommended interval, which you should follow.

In some older Asian vehicles, manufacturers recommend draining or flushing coolant after 2 years, notwithstanding the mileage. American vehicle manufacturers may recommend 150,000 miles or 10 years, depending on the vehicle. Some Mercedes cars, for instance, would have the coolant drained/filtered and reused permanently.

Note also that the coolant you use must match the manufacturer’s specifications. For instance, some coolants are designed for high performance, and we also have coolants for hot weather. Not all coolants enhance performance in specific cars. For example, it may not be OK to use coolant/antifreeze designed for Grand Cherokee on a Honda Civic. Some GMs will need Dex-Cool compared to most European cars that use various fluids.

What Happens if You Don’t Change Car Coolant?

What happens if you don’t change car coolant is that the corrosion inhibitors will eventually stop working. Moreover, the internal radiator and heater core can plug up with corrosion and gunk.

Also, the cooling system will underperform when old coolant builds up dirt, which clogs up the radiator, causing the engine to overheat since it can’t circulate easily. Of course, the heater will release less heat after clogging partially.

The heater and radiator can corrode, which results in a leak that disposes of coolant from the vehicle. When there is a loss of coolant, the engine cooling system malfunctions, and the interior overheats.

The steps to drain coolant from the engine block will differ slightly depending on the car. For better accuracy, you should follow the user’s manual to drain/flush your car’s cooling systems.

If you are unsure how to drain coolant from the engine block, consult a mechanic. They will also identify issues that require fixes and make recommendations. 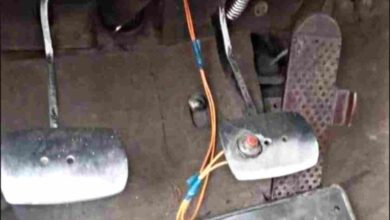 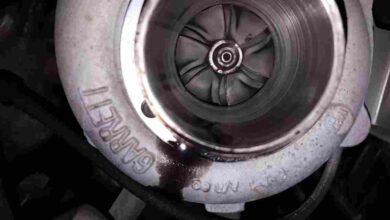 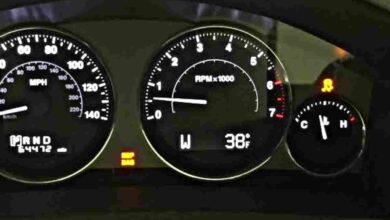