Home
Driver's Guide
How to Jumpstart a Car by Pushing

If your vehicle has a standard transmission and your starter or battery is dead, push starting powers the starter to fire the engine. Before you push start a car, find out whether it is possible to push start it. You may have to perform a quick vehicle model research online regarding push starting or refer to the owner’s manual.

A typical vehicle that will push start would use the manual transmission, and its engine does not rely heavily on a good battery.

Can you push start a car with a completely dead battery?

Yes, you can jumpstart a car by pushing it with a completely dead battery. In some vehicles, a push start will not fire the engine with a dead battery. Besides, most automakers do not recommend jumpstarting a car to start. Also, professionals advise against push starting a car when it is parked on a hill, especially without someone to support it.

If your car uses manual transmission, you can push it to start. You would use the 1st or 2nd gear, with someone to push it or yourself. Next, you’d turn on the ignition, clutch the vehicle, and get it rolling. When the manual trans car reaches a decent running speed, you drop the clutch, which rotates the engine, causing the car to start.

If you own a car without the alternator, push start may not start it with a dead battery since spinning can’t get it to generate current that powers the combustion. So, you’d need enough, but not full power in the car battery.

A typical vintage automatic transmission vehicle uses two oil pumps, so since one oil pump is attached to the wheels, you can jumpstart by pushing it to build oil pressure.

Modern automatic cars are designed with a single oil pump in the engine. If the auto trans vehicle engine is stationary, oil pressure does not build up, and push start does not work. Since you can’t put the transmission into gear, starting it is not so possible.

Meanwhile, theories have it that you can get an automatic car to jumpstart by pushing at up to 35 mph. The typical practice here is to tow start it, though. Moreover, you would be damaging the electrics of the vehicle.

How to Jumpstart a Car by Pushing

If you own an automatic, the steps below could be helpful, though. Below are the steps to jumpstart a car by pushing:

First, read the car owner’s manual. The manual might reveal that the vehicle to push start does not highly powered boost jump start chargers. It implies that too much power might be generated, destroying or damaging the electrics of the vehicle. Looking up consumer comments on a similar vehicle online could help to establish whether or not to jump it to start by pushing.

A bit of a slope will help the vehicle achieve some momentum. Even a slight incline is OK to get your car rolling. A steeping floor may be dangerous, and you do not want to push start a car on it. Besides, the vehicle does not have power brakes or power steering, which could run too fast when it starts rolling. In essence, a steep hill for push starting a car is not advisable.

Turn on the ignition, but do not start it yet. If the dash does not light up, there could be electrical problems with the car that require fixing.

If the warning lights turn on, inspect them for the charging light. Otherwise, it is an electrical problem and must be fixed. If you manage to jumpstart the car by pushing, it will die out again.

You’d have to turn the vehicle to the run position. Select the first or second gear and hold down the clutch if it stick-shift or put it in neutral if it has an automatic transmission.

For a manual transmission vehicle, the second gear is preferable when jumpstarting it by pushing. But if you encounter problems with the second gear, you may use the first or third gear.

Now, hold down the clutch when selecting the gear. The first gear has lots of torque that may cause the vehicle to roll too fast.

When the rolling speed of the car gets to a decent speed, typically 5-10 mph on a manual and 30+ mph on an automatic, push on the gas pedal gently, select the first gear and drop the clutch if it’s a manual trans.

When the vehicle starts, rev it to run smoothly. The alternator should start charging the battery. When you go a few miles, check whether the battery is charging by stopping the vehicle near another hill so that you push it easily if it won’t start.

The car may not start on the first attempt, so you try it again. If the car won’t start while it rolls, hold down the clutch and drop it again. Get someone to push it up to 5+ mph and repeat the steps. If the car doesn’t start after about 4 attempts, do not jumpstart by pushing it again.

Is it OK to start a car with dead battery?

Yes, it is OK to start a car with a dead battery if your alternator is functional. Moreover, when the engine fires and the car runs for about an hour, it charges the battery to a reliable level. If the car battery is discharged completely, your car may not charge, and you may have to charge it.

Before you jumpstart a car by pushing, it is best to practice. You could use a rickety vehicle at the mechanic shop to practice it before applying it to your car. If you are push-starting as a beginner, you will find it challenging.

Finally, apart from leaving lights on to drain a car battery, a bad alternator that won’t generate electricity can culprit. You may check whether your alternator is faulty by disconnecting the battery while the engine runs after some time. If the battery turns off when you disconnect it, the alternator may be faulty. 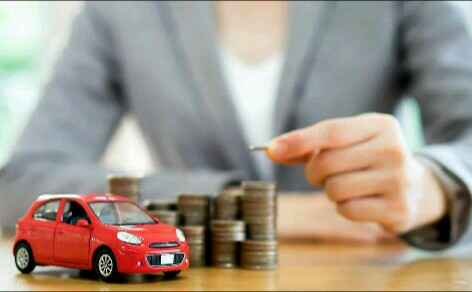 Joe is a Mobile Mechanic and a clever motorist that fixes road troubles for drivers. I am also a driving school instructor, certified to teach individuals to drive a motor vehicle. I currently own a 2018 Ford Fusion currently, and I have been driving for over 15 years since age 17.

This site is a participant in the Amazon Services LLC Associates Program, an affiliate advertising program designed to provide a means for sites to earn advertising fees by advertising and linking to Amazon.com. We are compensated for referring traffic and business to Amazon and other companies linked to on this site.