Howdy, Driver? Toyota is a brand that answers to low-fuel consumption demands. The collections of low fuel consumption Toyota cars in the automobile market is quite overwhelming. And, you’re about to discover the best 12 Toyota fuel economy cars. 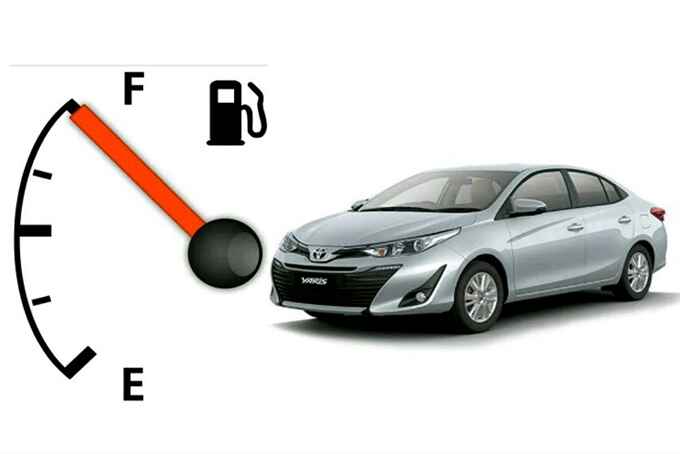 In need of a compact Toyota car with an economy-inclined gas engine sporting high fuel efficiency of 41 MPG? How about a mid-size Toyota car with gas-efficient compact incredibly measured at a highway MPG of 36? Moreover, these low fuel consumption Toyota cars perform excellently and are responsive to all bends and stops.

Below are the low fuel consumption Toyota cars:

Rav4 is Toyota’s first compact crossover SUV housing all the benefits of a conventional SUV. It is one of the low fuel consumption Toyota cars despite its demanding and top-notch vehicle features.

The Rav4 sports a 4 cyl. 2.5L engine with auto transmission system coupled with a 25 city MPG, 33 highway MPG and, a combined 38 MPG. It runs 3.6 gallons per 100 miles. It’s a good bid for a Toyota fuel economy car. If you love the Rav4, then why not? In a couple of years, the Rav4 will remain a fuel-efficient touchstone for the subsequent production of Toyota later compact SUVs.

For a brand new Rav4, the starting cost is slated $25,000. A used Rav4 would cost twice less if not thrice.

First, applaud Toyota for making this 2+2 sports car a minimal gas gulper. The 86 may not be the best low fuel consuming Toyota car but it is a bargain while soothing for a fuel-efficient car. Moreover, if you require more efficiency, go for an auto variant of the 86. 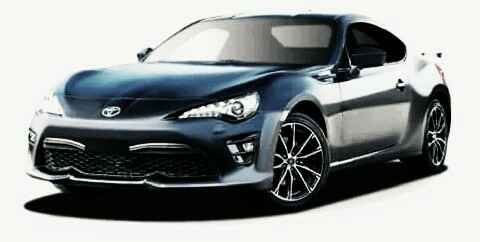 Meanwhile, for a 2019 Toyota 86, you would achieve a 24 MPG for city and a highway MPG of 32. On average, the Toyota 86 offers an estimated 27 MPG which is just too cool for a high-performance sports vehicle. Hey, manual mode sips a bit more of your gas. The 86 unofficially takes 4.2 gallons per 100 miles.

It will be a vehicular sin to mention the best low fuel consumption Toyota cars without the Avalon. With an Avalon, you would be experiencing Toyota’s full-size car gulping less gas. You probably saw a car drive past bearing ‘Cressida’ and you wondered, “what just passed me by?” That is the ride the Avalon replicates which was discontinued in 1992; a hotcake at the time.

The Avalon sports a 6 cyl, 3.5L engine. It lets you enjoy 22 MPG on the city way and an interesting 31 highway MPG. The ride averages 25 MPG and it’s fuel-efficient. Can I buy this as one of Toyota’s fuel economy cars? Oh, yes! In fact, for its nature; performance, and every other car-related makeup, it is a near-perfect fuel-efficient ride.

The starting price for the Avalon is $35,000. We love the Avalon, everyone loves Avalon, you should too to save gas.

Occasioned with a streamlined body, the Camry is one of the Toyota fuel economy cars. The mid-size vehicle is cushioned with a luxurious touch at an affordable cost.

The Camry debuted as a compact car but eventually became a mid-size vehicle. Today, it is one of Toyota’s most sold vehicles continent-wide, especially in Africa. It is largely as a result of the fuel efficiency of the vehicle.

We all love driving more and saving more gas. Of course, Toyota answered the demand with the production of the Toyota Camry series. The Toyota Camry fuel consumption level is quite commendable considering the specs of the car.

C-HR means ‘Compact High Rider’ and the Toyota C-HR is a subcompact crossover SUV. The much-adorned 5-door SUV debuted in 2016 and is still on sale for those who love to spend less gas and cover more miles. 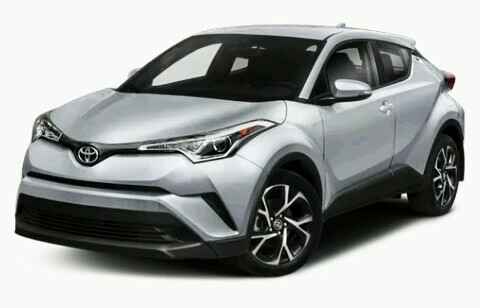 The C-HR is a family-friendly SUV providing the liberty to choose between a 1.8L petrol engine and a 2.0L petrol engine. Both 2WD and 4WD variant sport 4-cyl engine producing little power which is why the C-HR is an underpowered SUV. C-HR turbo variant averages 36 MPG and the hybrid variant is engineered with an economic hybrid system averaging 57 MPG.

A subcompact SUV other than the C-HR for low fuel consumption is a capital ‘No’. C-HR is all you require at the mention of ‘best fuel economy Toyota SUV’.

The starting cost of the Toyota C-HR is $21,000 which is a great bargain considering the luxurious sensation provided by the vehicle.

The Toyota Corolla debuted in 1966 and remains famous to this day for its fuel efficiency. The vehicle is a line of Toyota’s subcompact cars with low fuel consumption. The 2020 Toyota Corolla Hybrid LE officially amasses up to an average of 52 MPG; 53 MPG city and 52 MPG highway. 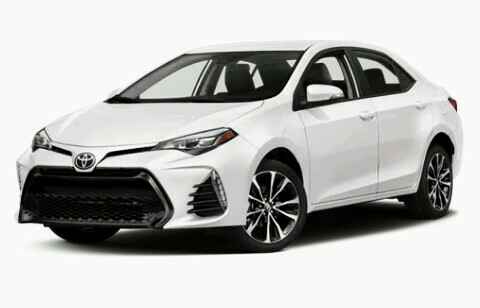 Other variants like the Corolla L, LE, XLE, XSE, and SE offer an average of a combined 37 MPG. Corolla series other than the LE hybrid are perfect options when it comes to top performance coupled with low fuel consumption. The Corolla is one of the best low fuel consumption Toyota cars to date.

The starting price for the Corolla is $18,000. This is quite inexpensive considering the specs of the vehicle. Other than buying the car with regards to fuel efficiency, you’d also benefit from the excellently crafted physique of the car. Still, thinking about the best Toyota fuel economy cars? Rest your mind and order a Corolla before smart buyers clear the store.

Everything about elegance in Toyota cars is a ‘Toyota’. The Highlander is one of the many affordable luxuries offered by Toyota. It is a mid-size crossover SUV also known as Kluger. The Highlander is built on the platform of Camry which suggests that both cars have something in common which includes a low level of fuel gulping. 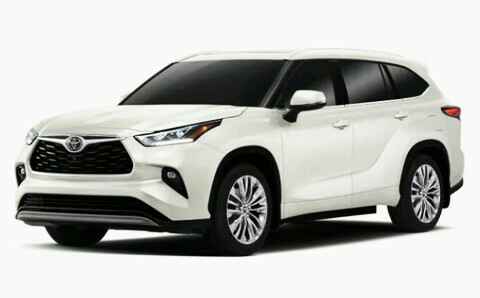 Interestingly, the Highlander is fuel-efficient irrespective of the powertrain variant you prefer. Powertrain should not deter you from picking the Highlander build that strikes your preference. The Highlander averages a combined 36 MPG; 35 MPG highway and 36 MPG for the city for the FWD variant.

If you’re awaiting the arrival of a Highlander with fuel efficiency as the primary reason, you are making no mistake. Even without the announcement of the official MPG, you’re on the safe side. Toyota may mess with other models but not with the Highlander, a unique compact SUV.

the starting price is $31,000 which is not odd for a high performing compact ride.

The Toyota Prius is a mid-size lift-back offering a commendable fuel economy system. Available as FWD and AWD, either variant offers a fuel-efficient economy for longer miles and less gas. 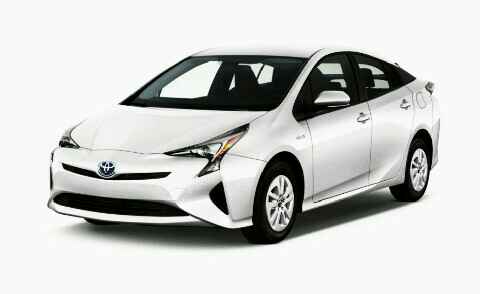 The Toyota Prius has earned itself the reputation of being one of the cleanest vehicles owing to its smog-forming emissions by the US EPA and CARB; a true carbonless vehicle.

In 2018 in the US, the Prius was rated the second most fuel-efficient vehicle powered by gasoline. Interestingly, it sports no plug-in capability which makes it a unique fuel-efficient ride.
The e-CVT transmission system of the Prius is a plus to the fuel efficiency level of the car providing a seamless transmission.

The starting price of the Prius is $21,500 and it’s worth it. Finally, the Prius is one of the best low fuel consumption Toyota cars.

If you need a sports car with a decent fuel economy, the Toyota Supra is your best bet. The Supra is a sports and grand tourer class of vehicle with a sleek design and elegant crafting.

Conventionally, it isn’t the best of the low fuel consumption Toyota cars but for a car of its class, it is. It is designed with high-performance engineering and a couple of seamless technology to ease the level of gas burning.

With the Toyota Supra 2020, you’d be experiencing a 3.0L inline-six engine capable of 335 to 382 hp. Despite the demanding nature of the vehicle, it manages to squeeze 24 MPG in the city and 31 MPG on the highway averaging 26 MPG.

The starting price of the Toyota Supra is $49,000 which is affordable for a sports class vehicle. Definitely one of the best Toyota fuel economy cars.

For a truck, the Tacoma is a reasonable bet concerning Toyota fuel-efficient vehicles. The mid-size pickup truck does not sport much luxuriousness but it is the ride for the occasion.

If you’re more gas-worried, opt for the 2 wheel-drive variant instead of the 4-wheel drivetrain. Somehow, this doesn’t matter as both variants perform decently in terms of fuel-efficiency despite being heavy-duty trucks. The 2019 2WD Tacoma, for instance, offers a 6 cyl and 3.5L engine which achieves 20 MPG in the city and 23 MPG on the highway which averages 21 MPG. The 4WD achieves a bit less in the city with 19 MPG but averages 21 MPG as well.

The starting price of a new Tacoma is cool at $25,000 for either of the modeled years. Tacoma is a worthy less fuel burner for its nature.

The Yaris is another of Toyota’s top fuel-efficient cars. Initially a hatchback, the sedan car provides the room to pick between an automatic and manual transmission system. Moreover, the fuel efficiency of either transmission type varies. 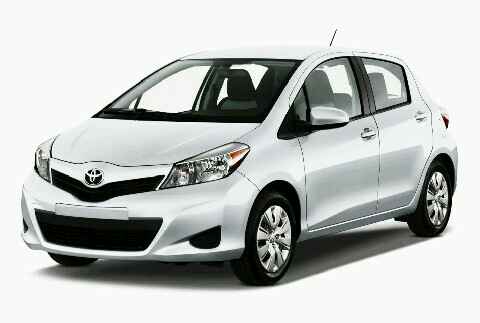 Technically, the 6-spd auto transmission variant consumes less fuel averaging 36 MPG; 32 in the city and 40 on the highway. For the manual transmission, you’d get up to an average of 34 MPG.

The Yaris has been saving more bucks for its owners over the years. You shouldn’t miss out today because the ride is worth it. Get a Yaris and save gas today.

The starting price of a Yaris is $15,000. Later models cost less, so, you’d be getting a fuel-efficient Toyota car at a cheap cost.

“In every 12, there must be a Judas.” The Toyota 4Runner is the Judas of this compilation. 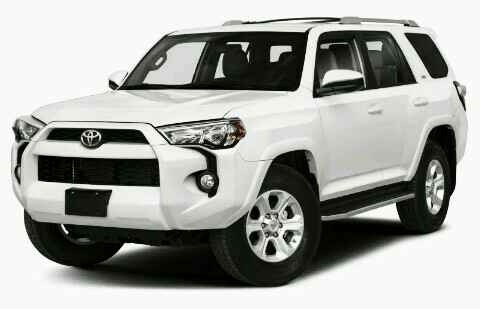 The 4Runner is a compact mid-size sport utility car also call ‘Toyota Hilux Surf’. At the sight of the ride, one would say its rocky nature is a heavy gas burner. It performs great and consumes gas, though not so much but much.

“Are Toyota 4Runners good on gas?” This is the most frequently asked question about the Toyota 4Runner. Maybe the rocky appearance of the 4Runner has succeeded in making many feel the car is a heavy gas gulper. The 4Runner can seamlessly run a huge mile with more gas if you tweak the car properly. The performance is quite high and demanding but the 4Runner still manages to consume less.

The vehicle sports a 6 cyl 4.0L engine with a combined 18 MPG; quite odd which is why it’s the Judas here. City MPG is 17 while highway MPG is estimated at 20 MPG.

Honestly, the Toyota fuel economy cars are the touchstone for other brands. Are you ready to dare Toyota for amazing MPG cars? We don’t bet for you to dare but you’re encouraged to do just that. The best fuel efficient Toyota cars have been identified for you.

Toyota remains a giant in the industry when it comes to fuel-efficiency. Meanwhile, are you sure your Toyota car was not among the list of recalled Toyota cars? You should find out.
New to buying a car? It is recommended that you understand how to buy a car for the first time before you make a mistake.