by Bernard Juchli
in Car Repair and Maintenance
0 0
0

Well, there are if your Mercedes won’t start but lights turn on. Generally, dead batteries, faulty ignition switch, blown fuse, and a damaged starter will stop a Mercedes (like other vehicles) from starting even when it lights up.

Your Mercedes engine won’t start even though the lights turn on the radio, headlights, rear, dash, and other car electronics since the car gets power. The engine has nothing to do with the current each device uses and doesn’t depend on them to start. 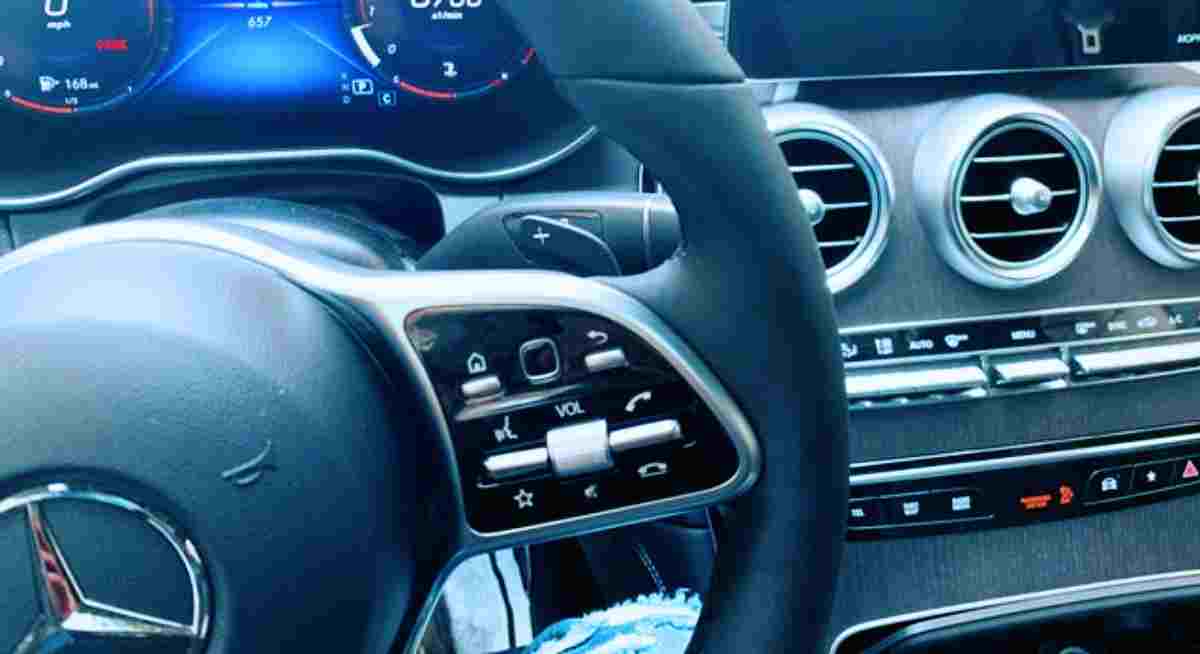 Some of the fixes could be handled by yourself but it’s usually advisable to have a mechanic do the job. That said, below are reasons your Mercedes won’t start but lights turn on:

Your electrical components may be working but that does not mean that your battery is fully functional. Thus, the battery could be the culprit that needs fixing.

Some electrical devices could still run on a low charge. Components such as radio and headlight draw small amperage typically between 20 and 30 amps on average. However your engine starter may require up to 300 amps to run which is so much power, and any battery with no charge will not be able to supply the required power.

You’d have to run a load test using a hydrometer. If the battery fails, then it needs to be recharged. Now, if your car starts from a jump or recharges when charged, it could mean the problem is not related to the battery. But if it won’t jump it could be a battery problem.

Another sign that it is a battery problem is if your car cranks slowly but won’t turn over.

Perhaps you’ve overlooked the possibility of a corroding terminal. This can negatively impact power outputs used when you try to start your Mercedes. However if after cleaning the terminals your Mercedes won’t start but the lights are still on it could be a blown fuse problem. Even a bad starter and faulty ignition key can stop your messages from starting while the lights come on.

If the battery is not the problem, you want to inspect for a blown fuse or possibly blown fusible link. This would involve locating the fuse box and then the specific fuse that is the culprit.

To locate the fuse box, refer to your Mercedes manual for your specific model and model year. Use the manual to find the fuse and then inspect each fuse while the engine is turned off. Inspect the metal wire you find in the fuse. Remember: a blown fuse stops power from entering the starter relay or solenoid once the metal wire within its casing is damaged.

Your objective is to remove the fuse check its internal components and see if it looks burned or whether the metal is broken or not. You can extract each fuse with a fuse puller.

Consider inspecting the starter circuit as well as the EIS (Electronic Ignition Switch) and fuel pump. It’s possible that multiple circuits are stopping your Mercedes from starting although the lights turn on.

When replacing a blown fuse, make sure it’s the same amperage—NIH. Otherwise, the fuse may blow again shortly after the replacements. You can test fuses using a digital multimeter without removing them.

Here is a video guide detailing how you can use a multimeter to test a fuse:

Read also: do you face battery drain issue? Here’s how to detect it

The ignition switch locks the steering wheel you remove the key and helps protect your Mercedes from theft. Thus, if no key, the switch won’t shift to the start or run positions. Meanwhile, some cars now use a push button where the key fob signals the computer to start the car.

Only a small percentage of ignition switches fail. However, switches will fail gradually and are sensitive to temperature and humidity. If the switch fails (during heavy loads), the internal contacts have probably been oxidized. Some switches will notify of imminent failure under a certain temperature and load conditions.

Apart from temperature problems, the ignition switch will fail if the switch contact gets worn or the springs are broken.

If blown you’d have to replace or repair your faulty ignition switch. However, it is even tougher to diagnose and repair a faulty ignition compared to a blown fuse. Here is a thumb rule: your ignition switch is the culprit if the instrument panel and dashboard do not light up when you shift the key ignition to the second position i.e., between the on/off position.

In a manual transmission, if you have a bad clutch pedal location sensor, that can stop the engine from turning over while electrical components continue to work properly.

The clutch position sensor helps your Mercedes to start when the clutch pedal is depressed. Thus, if it goes bad, the car will not move.

Note that starters can also go bad without clicking noise. So if you don’t hear a clicking noise, that doesn’t mean there’s no faulty starter problem.

Other signs you can use to tell a faulty starter are:

It might seem odd but you may be out of gas. While some drivers will stretch their gas until they run out, others are caught off guard as a result of a defective fuel gauge.

If you use dirty fuel or the wrong fuel type, your engine can crank but won’t start, though the lights will turn on.

Note also that a faulty fuse can be responsible for bad fuel injectors, which stop gas from entering the engine, although your fuel tank is full.

If you have a modern Mercedes, it may feature an advanced security system that stops the car from starting but will allow lights to turn on. This could be a system in place to protect your car from being stolen.

Aside from this guide, you could always contact Mercedes emergency roadside service to explain that your car won’t start but the lights are turning on. A vehicle will be dispatched your way to investigate the problem.

If the affected parts are still under the manufacturer’s warranty, Mercedes will repair them at no cost to you. Otherwise, you’d pay the normal repair cost.

How to Jump Start a Car Without Jumper Cables