What happens if you put in 5W-30 oil instead of 5W-20? Perhaps, something dastardly can happen or nothing at all. I understand you might be tempted to sometimes switch from 5W-20 to 5W-30, but could this be dangerous for your car?

Not so much happens in the short time if you put in 5W-30 oil instead of 5W-20, at least if you do not make it habitual. Perhaps, nothing at all will happen, but you must not regularly use the wrong oil in your car. Note, however, that the 5W-30 oil is thicker than 5W-20 but the good thing is that no catastrophic damage will happen, especially if done accidentally.

You can always use an additive, if using 5W-30 instead of 5W-20, to make it thinner. It could be Lucas or STP, and your car engine should be fine.

It is okay to use 5w30 instead of 5w20 oil, however, this depends on your car and the VVT system, or variable cylinder system. This will also mean that you are reducing the power of your engine either significantly or slightly, depending on the operating conditions. This is because of the hydraulic systems and oil viscosity which drive pressure and changes. You will also experience a bit of a drag that can cost you about a tenth of MPG.

I have also tested the 5w30 on a Chrysler that requires 5w20 and, although 5w20 oil is thinner, the optimal performance was still there.

You might still even want to continue with the 5w30 oil instead of 5w20 if you frequently drive up the mountains because oil temperature can go up to 109 degrees C from the normal 93-97 109 degrees C on level ground.

In essence, there may not be any significant difference when you switch or accidentally use 5w30 oil in place of 5w20. Apart from the slight increase in oil pressure, and a drop in fuel economy due to drag or friction, you are good to go. 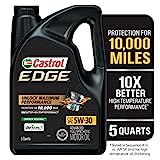 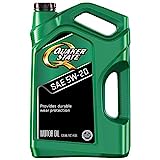 The 5w20 is also a commonly used engine oil in cars during colder climates. It performs better in low or freezing temperatures and ensures less friction and drag flowing to the engine components.

The ‘5’ in 5w30 represents the viscosity rating during winter, ‘W’ stands for winter and ‘20’ stands for the oil weight in warmer temperatures. Therefore, 5w20 oil lubricates your car engine just like a 20-weight oil. When the number is higher, the viscosity is higher, meaning that 5w20 engine oil flows better than the 5w30.

Even though you would have already known the real difference between the 5w30 and 5w20 oils, let take one last look at both:

Typically, you must ensure to use only oil grade that is suitable for your vehicle engine. You can always refer to the owner’s manual but this will not always be the case. If 5w20 is the recommended oil for your engine, when can you use 5w30?

No doubt, the 5w30 is a multi-grade motor oil you can use in temperatures between 5 degrees C and 30 degrees C. If the seasonal variation in your location is high, the 5w30 motor oil is what you need, especially if you go on the mountains often.

Normally, motor oil designed for cold temperatures do not perform well in high temperatures. However, interchanging the 5w30 with 5w20 will still provide an overall good vehicle performance. This also means that 5w30 can protect your car engine and components designed for 5w20. You may also consider 5w30 instead of 5w20 oil if you travel a long distance.

What if You Use 5w30 Instead of 5w20 Accidentally?

If you use 5w30 motor oil instead of 5w20 accidental, your car should be just okay. In some cases, you will find that your owner’s manual lists 5w30 as an optional motor oil to use. Refer to it to see if 5w30 is recommended as optional, then you know that using it accidentally causes no significant changes.

There is not so much of a wide difference between 5W20 and 5w30 motor oil, except that 5W20 is thinner than 5w30 oil. 5W20 also improves fuel efficiency and causes less friction and drag which reduces drag on the valvetrain, crankshaft, and pistons.

Not really. 5w20 and 5w30 are not exactly interchangeable but there will be no damaging your engine for using 5w30 instead of 5w20. Whereas 5w20 is thinner, 5w30 is thicker in operating temperatures. Many automakers now produce engines that run on 5w20 oil for fuel efficiency and less drag. According to AMSOIL, a slightly thinner or thicker oil likely won’t cause harm.

The 5w30 motor oil will not hurt a 5W20 engine instantly if you put it accidentally or otherwise. You must not continue with the 5W30 motor oil in your 5W20 engine since it is not recommended by your vehicle manufacturer.

No worries if you use 5W30 in place of a 5W20 engine. Hop in and get going in your car or flush the oil if you are too worried. Ensure to use the right oil next time because a one-time or second-time use of the wrong winter motor oil does not damage your engine instantly. 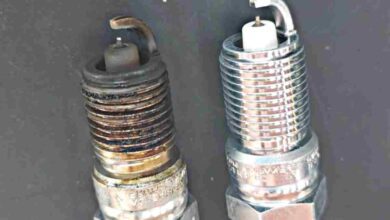 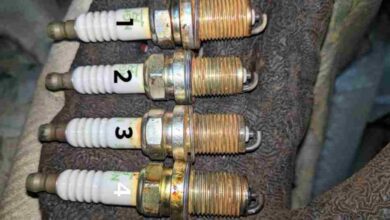 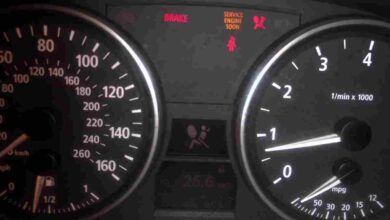 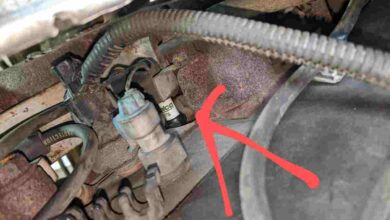