You want to start a car without a key or hot wiring if you can’t find the key. Perhaps, you also don’t want to damage the ignition section or get a professional involved.

Fortunately, this publication reveals some methods you can get your car to start with no key or hot wiring.

When should you start a car without the key or hot wire? 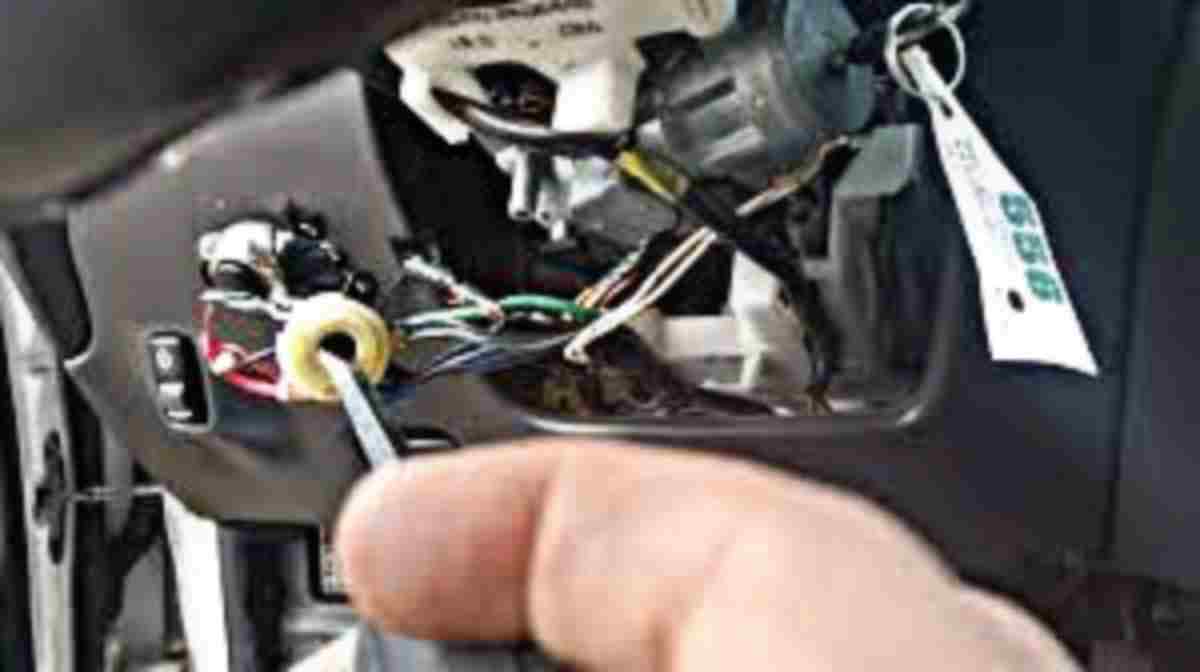 There may be instances when starting the car without a key is essential. Due to security concerns, automakers often make this procedure more difficult. They just don’t want a burglar to steal your car. Here are a few instances:

You want to start a car without a key if you misplaced or lost the key.

The majority of the car’s electronics and wiring are located around the ignition switch. The ignition switch is activated when the key is turned, and electricity travels from the battery to the starting motor to start the engine.

How to start a car without a key or hot wiring

Most modern cars nowadays don’t need a key to start the engine. The techniques listed here will get you started quickly even if you have no key or hotwire.

1. Start the engine with the red coil wire method

This method works if you are certain that you are as knowledgeable as a technician and possess professional-level abilities.

The ignition switch should get 12 volts from the battery. From there, the car will be able to start.

2. Use a hammer/drill and screwdriver

This is another way to start a car without a key or hot wiring. Meanwhile, you must be very careful so as not to damage the ignition switch.

However, if you are using a drill, you will need to drill a nearly two-thirds-inch-wide hole in the ignition switch’s inner flaps.

After completing this, you should then take the drill out, put a screwdriver in the drilled hole, and try to start the vehicle.

You can even start the car by using a piece of flat metal rather than a screwdriver. Use a screwdriver and a hammer if you don’t want to use a drill or don’t have access to one. Simply place the screwdriver into the ignition switch and lightly tap it till it passes.

3. Start the car without a key fob

If your key fob stops working and your car has a keyless entry, you will not be able to start the car. Modern cars are equipped with the ability to be started without a key fob. Imagine your smart key isn’t working and it is either broken or the battery has been discharged. Does your car still start without the key fob? Before you get started, you need to unlock the car door manually.

Here is how to start your car without a key fob:

There are still opportunities to start the car even if the key fob’s battery is dead. The key fob doesn’t need a battery to start the car since it has a passive radio frequency chip. The signal will be automatically detected by the sensors, allowing ignition to take place.

The start button should be immediately next to the key fob. The RF chip will be picked up by the sensors, and the car will then start.

For older cars, the hotwiring technique is the best option. The hotwiring method involves getting around the battery wires and ignition switch.

You should be able to start the car as soon as you make the connection.

As car keys became more convenient to use, additional security elements are also included, making it more difficult for criminals to steal cars.

The conventional key is used in the majority of vehicles from an earlier generation of cars and it is comparable to padlock keys and door keys. The particular and distinctive shape of these keys makes them the only ones that will fit into the vehicle door, boot lid, and fuel tank cap.

The conventional key provides the least level of protection since it is simple for any locksmith to duplicate.

Keyless starting is a benefit of smart keys for vehicles. When the key is brought close to the door, the receiver in the car contains a proximity sensor, so it immediately unlocks and the ignition is switched on by pressing a button.

The smart key can be programmed with a variety of options. They can turn on and off devices like the audio and air conditioning.

The door locks, ignition, and other characteristics of cars with digital keys are managed via a smartphone app. This type of key is the most secure since it can operate every aspect of the car.

By using an internal remote control, you can remotely lock and open your car door. Additionally, the key is linked to an alarm system that can be used to locate the vehicle in a congested parking lot and deter burglars from attempting to break into a locked door.

A radio frequency chip on this key transmits a signal to the car’s receiver through radio waves. It has an immobilizer built in that stops the ignition from turning on until the proper signal is transmitted to the receiver. Sometimes, even automakers run short of semiconductors to make these keys. An example is Toyota who had to apologize to customers due to shortage.

Can a car run without the key fob?

How do I turn the ignition on to start my car without the key?

Remove the electronics from the plastic cover that is located underneath the steering wheel. Then, pound or drill a screwdriver into the ignition flaps until it is firmly in place. The screwdriver should then be turned in the same way as a car key. The car will start after all this has been completed.

Where can I start a car without a key?

The starter, which is located on the engine block beneath the hood, is the best method for starting a car without a key. It has two cords that connect to it, one of which needs to have a handle. Turn the other cord or crank while pulling this handle to start the engine.

Do I need to use a battery to start a car without a key?

Can a car be easily hotwired?

In general, it is easier to hotwire older models of vehicles than newer ones. Instead of using straightforward cables to connect the battery to the ignition switch, modern cars contain more complex electrical circuitry. It’s advisable to leave getting your car started with a key to the pros if you don’t have the necessary knowledge to hotwire a car.

Can a thief steal a car without a key?

A thief can use an RF repeater to replicate the key fob’s signals if the vehicle has an RFID key fob. By pushing the engine start button, they will be able to start the keyless vehicle and the doors will be unlocked.

There are a few options for starting the car if you have misplaced your key and it is an ordinary, conventional key. One of the techniques used is using a hammer or drill to force a screwdriver into the ignition hole. Another method known as the red coil wire method involves connecting the battery to the solenoid and ignition coil to start the vehicle.

But as technology has developed, car keys have become more sophisticated. The only method to get into your vehicle if you lose your key fob or smart key is to speak to the authorized dealership about getting a new key.

Smart keys have the benefit of being very secure, making it exceedingly impossible for criminals to enter the vehicle, much alone start it. The drawback of these keys is that due to the intricate electronics and technologies inside of them, they are rather costly to repair.